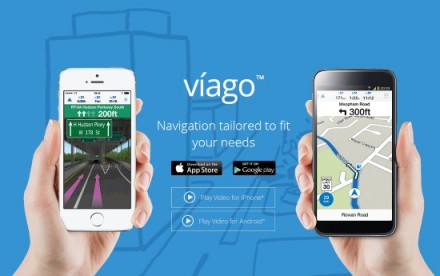 Quick update on one of my iOS challenges now, more info for overall iOS experience to follow later. One of the biggest issue I had to resolve with the iOS trial was to locate good and relatively cheap GPS offline software. Initially I chose “Maps with me Pro”, but while I was still researching I saw the Garmin Viago announcement.

With no doubt, I immediately purchased Viago and then purchased the Europe offline “Maps to Go” package. They both cost me around EUR14 (limited time offer, still available at the time of this writing). I am already Garmin user (my car’s integrated GPS is Garmin, but the maps are already a bit old and I am too cheap to upgrade them), and I’m very impressed with the quality of their maps and software in general. I already have Sygic purchased for my Android account, but I believe Garmin are better.

Viago, so far, showed as a product, which just “does what it’s supposed to do”.  It’s simple, it’s cheap (right now the software price is EUR2, but without offline maps it downloads maps from their site), but it lacks the big amount of extra stuff Sygic offers (one example, I can’t see or can’t find a way yet to see a screen, where all GPS parameters are listed). But for up to date, offline navigation is has a killer price!

After I tried Viago for iOS, I decided “just in case” to buy the same promotion for my Android account. After all, I’m still far not convinced that iOS would be a platform of choice for me, so my Android account needed that navigation too :).

From all what I’ve read so far, this bold Garmin’s move will definitely change the pricing of the GPS navigation software. I remember paying for Sygic for Android price around EUR40. Which is by far more expensive that the current, Garmin alternative.