These days I’m trying to return back to at least one of the games, which I played for quite a while. Eve Online seems to be dead for me. I’m still having quite good resources there, but no heart in the gameplay. It was great when I was part of a community, kind of the same when I was part of the WoW community. But now both games have lost my long-term commitment to them, precisely because they’re not that much of a fun alone (although I played good, nine to twelve months alone when I was doing T2 ammo production chain in Eve).

I brought Elite up to date and after login I found myself good 400LY from my base. When I started studying (e.g. quitted playing) I was planning an Exploration expedition in order to impress one of the Engineers (Elite NPC). And even since my poor toon stayed in the cold, vast, empty space alone for almost two years. Good that it most probably has a stasis chamber, otherwise I’d probably find it mentally derailed from such prison. Anyways…

I had to fine-tune my joystick. Lucky enough, I made a detailed description of how to configure Thrust GXT 39 for my gameplay.

But… I stroke a substantial stopper, when I tried to reconfigure my “VR-like” device. The computer, which had device successfully configured was reinstalled due to a hardware issue, so I had no working reference. And I was quite worried, not only because the device was not cheap (~£50), but because I needed it for my gameplay. It helps tremendously to use it, when you’re in battle fight, as you need to look around to see better your targets. Elite:Dangerous is quite realistic on this end and just like the pilots, you cannot do dogfight just using your radar and instruments.

My issue with this little piece of hardware was two-fold: for one, I forgot what was the name of it, and for two, it had no name on the box at all. I saw literally hundreds of USB devices, I was too lazy to do USB log plug/unplug diagnostics, but it was still a “last resort” measure.

I started with wild search, one like “device maps head rotation to elite dangerous viewpoint rotation”. Fortunately, the fourth result was precisely what I was looking for: it brought back my memory about the name of the device: EDTracker. From then on it was easy:

I configured the device, then configured Elite:Dangerous. Here’s my configuration, which worked best for me. Probably, if you place the device somewhere else on your headset, you’ll have to change it.

my case, here’s how the EDTracker Pro Configurator is set:

I will probably have to fine tune a bit the parameters, but even the default ones worked for me. Setting up a “reset” key is mandatory. This is a cheap solution, which often goes out of tune and needs a “zero level” head position reset. I use it most often when I look something outside the screen, too far left or right (most often something out of the game). After this I need to reset it.

With these two all worked perfectly. I wonder would it work that nice in games like World of Warcraft or Eve Online…

Trust GXT 39 Wireless Gamepad is great gamepad, which is quite nice for playing with Elite:Dangerous. I did not want to go to the ridiculously expensive (and large) joysticks, so I decided to try how it’ll work with a gamepad, which I can hold with my hands.

Overall: it’s great, but setting up Elite to work “my way” with it turned out to be a hassle.

Finally, after many attempts, this is my permanent (for now) setup, based on “Generic Joystick” setup from Elite. This post here is for my own future reference, but I thought someone could find it useful for his own needs, too!

To configure it, First of all, start/set “Generic Joystick” setup (warning: this will override your current setup, if it’s custom).

Now do the following customizations: 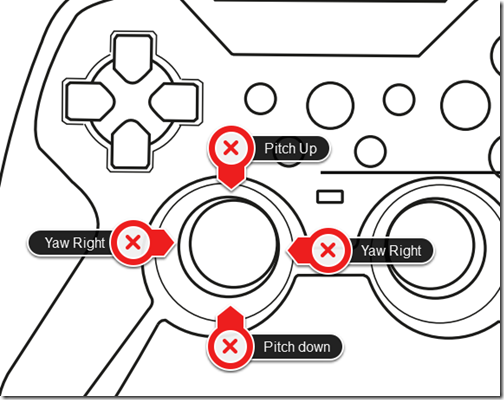 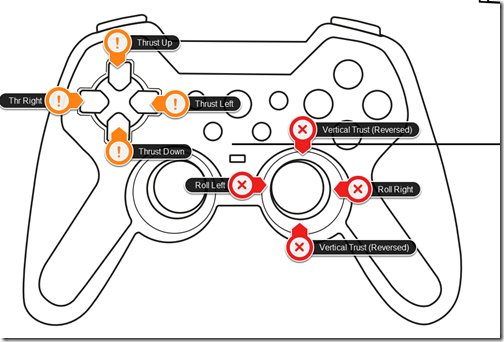 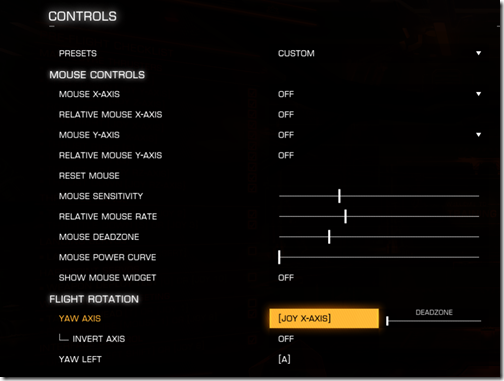 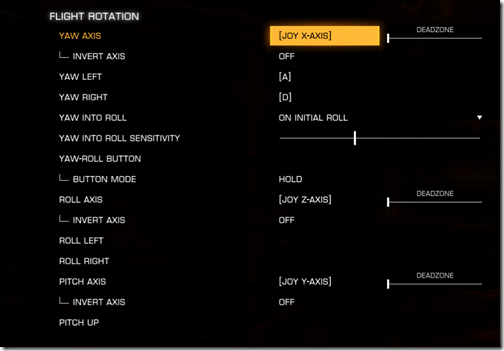 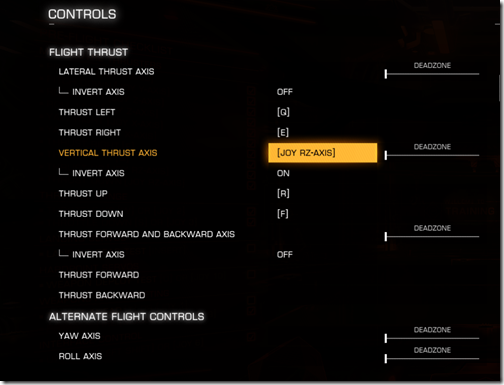 For Landing mode, set Thrust Up/Down/Left/Right to JOY-POV1-UP etc., like on the picture below:

This will give you nice extra control, when your landing gear is deployed.

My gamepad buttons are configured according to the following table:

Here’s how the button mapping looks: 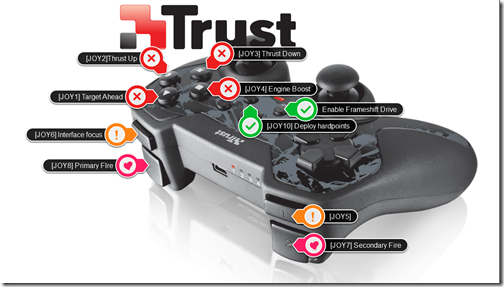 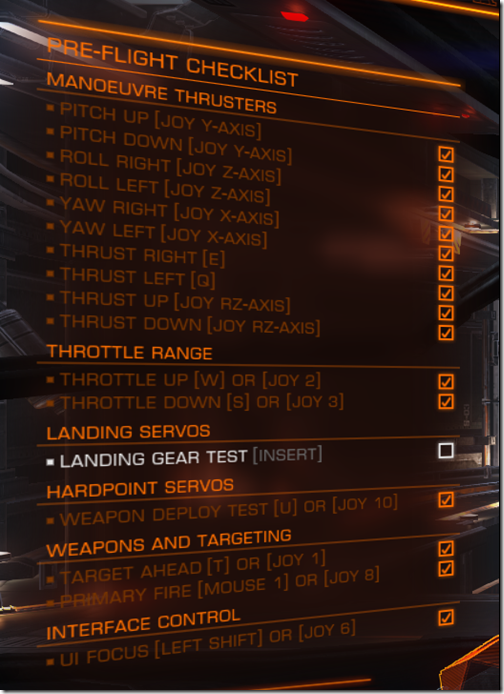 Have fun! And if you found this useful, drop me a line here. Also, if you have suggestions, let me know

You’ll find me in Elite:Dangerous as CMDR DonAngel.